Friends Together began in 1999 as the vision of Cathy Robinson Pickett and Steve Pickett, in their dream of building a better future by meeting families’ needs for HIV/AIDs advocacy and awareness. In 2000, Friends Together shifted from being a loosely organized, grass-roots functioning group to becoming a well organized and managed 501(c)3 nonprofit organization that offered regular HIV/AIDs-related services, such as training, workshops, and family camps. Over the next decade, Friends Together became internationally known in its quest to assist families, particularly those with children infected and affected by HIV/AIDs, by providing education, support, and a plan for living. Today many of those served by Friends Together have gone on to a better life of completing college, embarking on careers, and creating their own families.

In 2010, the economic downturn, which reduced financial contributions and growth in HIV/AIDs educational and support systems led Friends Together to return to its grass-roots beginnings. During this time, it networked with other support organizations and churches to serve its families. Friends Together also evaluated its own “plan for living” by assessing the needs of today’s generation and re-envisioning its role in working toward building a better tomorrow.

In fall 2014, Friends Together was reborn as an organization that both remembers and builds on the firm foundation of its past to expand its reach to educate a new generation and help it overcome the challenges to creating a better future. 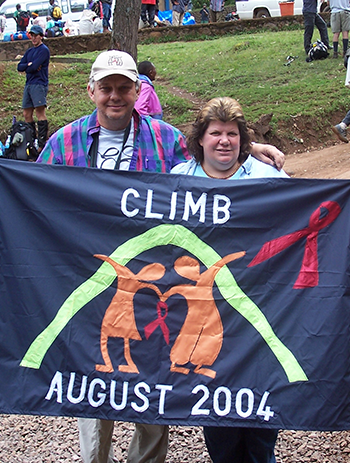